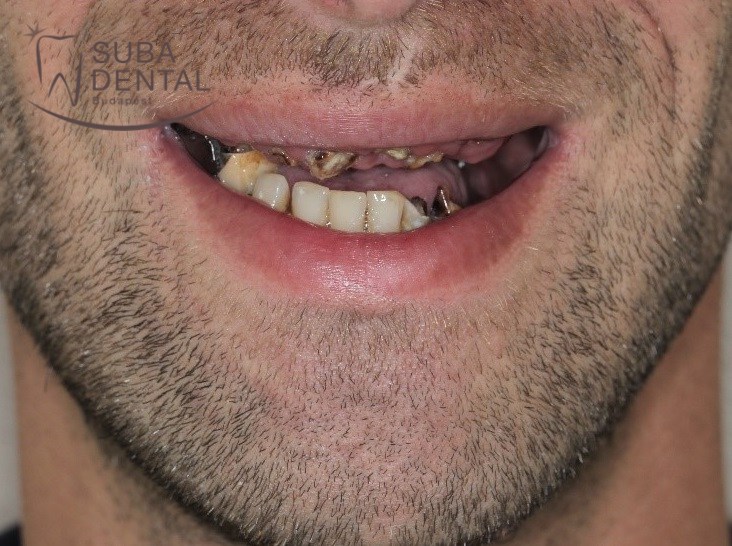 Our male patient aged 34, reported to our clinic with the following problems:

Treatment phase no. 1: elimination of dental foci, removal of teeth beyond repair, preparation of a provisional denture

He showed up with a panoramic radiograph at the first session which was recorded elsewhere. 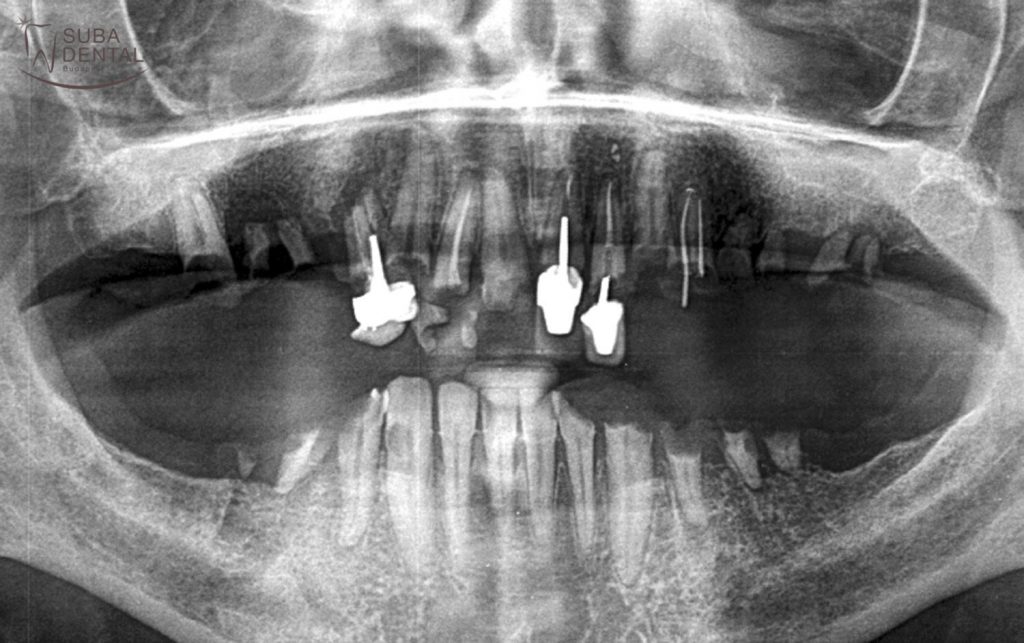 Following the clinical examination of the panoramic radiograph and the mouth, a treatment plan was drawn up marking for removal all but his 6 front teeth. Our patient was prepared for such tidings. He therefore accepted the treatment plan and we embarked on the treatments. Despite his fears he did not request conscious sedation and braved the tooth extractions unflinchingly. For swifter and better healing his gums were stitched with absorbable sutures following the intervention. A great advantage of absorbable sutures is that no suture removal is required since the stitches fall out on their own in a few weeks’ time. To restore aesthetics to some extent and boost his confidence, our patient was given an immediate removable denture for the time of healing. Obviously, we drew his attention to the importance of thorough cleaning and to only wear the denture when working or among people to be at ease to speak and smile.
Once his teeth were extracted, his lower left teeth number two and three could only be salvaged by root canal treatment due to the extent of tooth decay having presented. In the last treatment phase crowns can be mounted on them once the permanent restoration is ready. 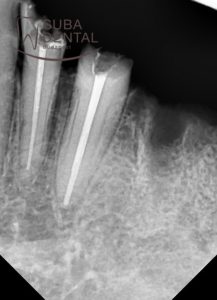 Following the three-day long series of treatments our patient left exhausted but relieved with his new provisional dentures. The treatments will resume after a 3-month healing period. He wants to have his missing teeth replaced with implants, which means 6 upper, and a minimum of 2 lower implants mounted per quadrant. This is the minimum number of implants required for a fixed restoration to be secured firmly in the last phase of the treatment. The exact number of implants can be determined on the basis of a CBCT (Cone beam computed tomography) scan following healing in which the residual bone mass can be viewed in 3 dimensions.

Pictures of the initial condition: 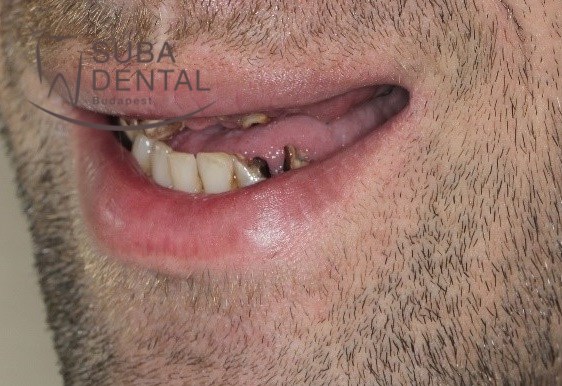 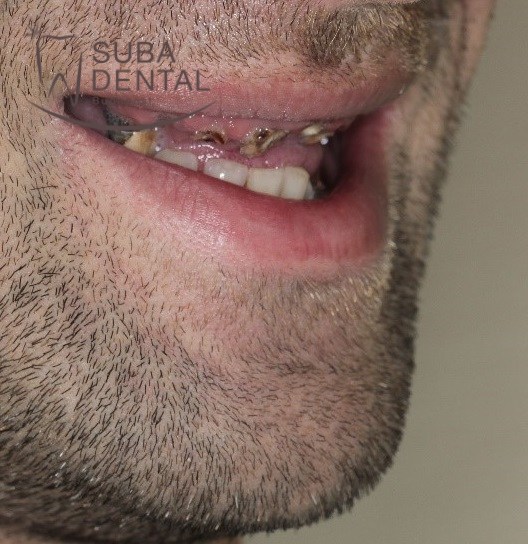 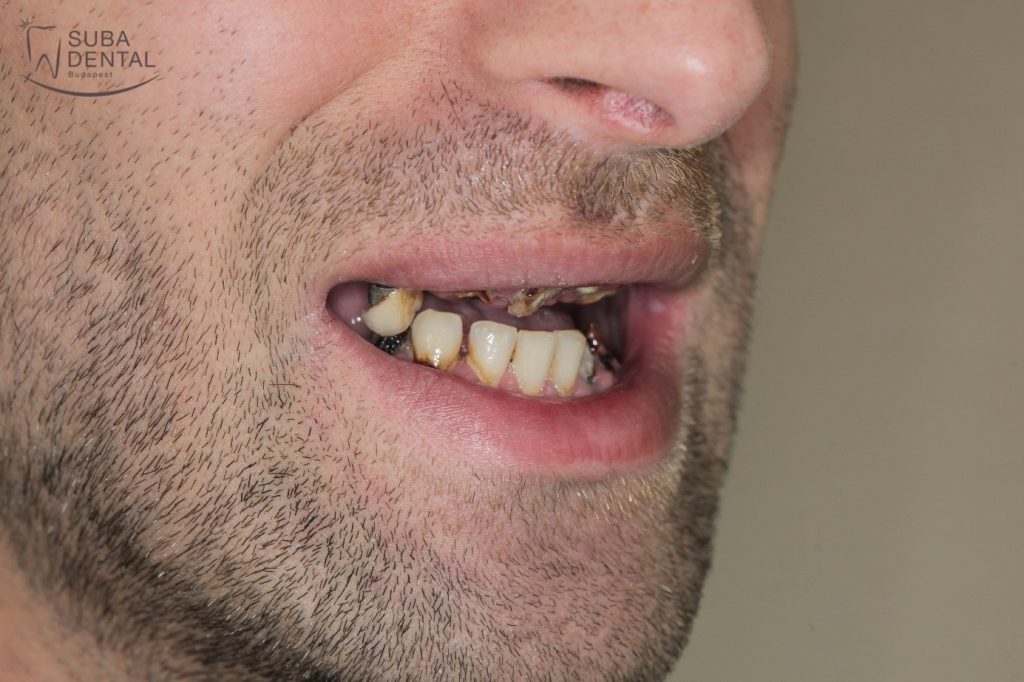 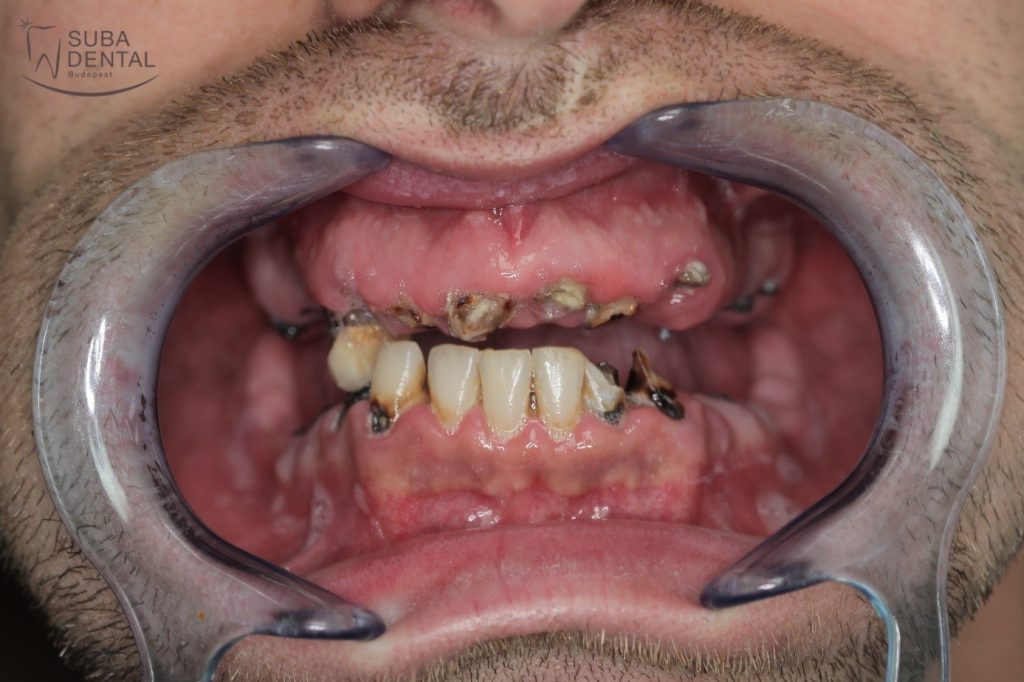 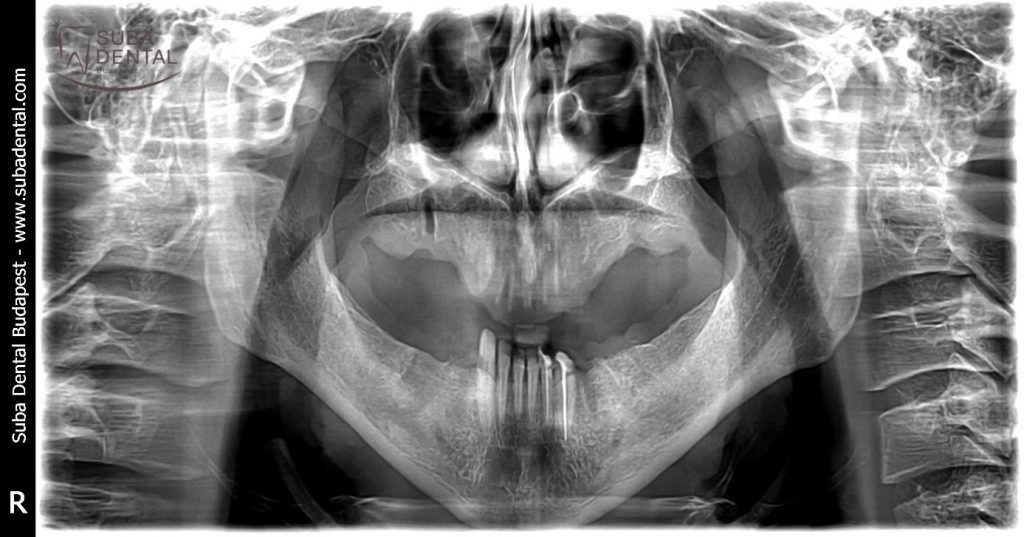