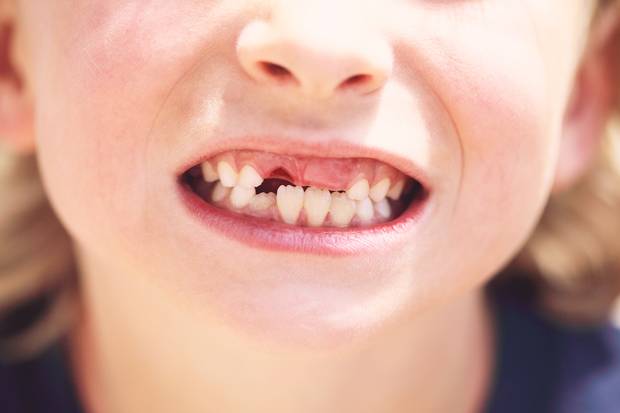 Permanent teeth eruption is the period during which the 20 deciduous teeth are superseded by 32 permanent teeth. The process begins at the age of 6 when, unnoticed even by the parents themselves, the first permanent molars (first molars – tooth number 6) erupt behind the primary teeth. They are often taken for baby teeth while actually being the kiddy’s “brand new” permanent teeth. It is worth closely monitoring the eruption of the teeth at this age so we can immediately start exercising thorough dental care. Since first molars are the first teeth to erupt they are at increased risk for tooth decay. With many adults, many of our relatives or acquaintances for that matter, it is just the first molars that will have been filled, crowned, root canal treated or even lost. This is due to a lack of care for these teeth in the belief that “a new one will grow instead anyway”, but NO, these are permanent teeth already. Such teeth play an important role in the development of the dental arch and also ensure mastication during permanent teeth eruption.

The same rule applies with permanent teeth eruption as with teething, namely, the rule that there is no rule. All children are different, some encounter the Tooth fairy as early as at the age of 5, but there is no harm done if she only pays a call when our child is 7 years of age. 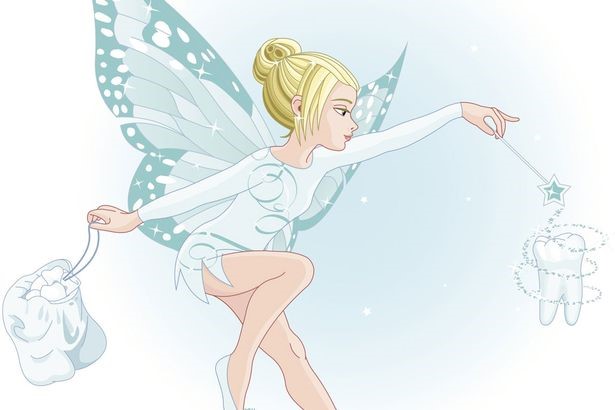 Overall it can be established that the later teething begins the later permanent teeth eruption is likely to set in.

Parents are advised to take their child to the dentist’s on a regular basis to monitor the process and enable the dentist to intervene should any abnormality present itself.

Permanent teeth eruption is generally pain-free and occurs with no complaints whatsoever. Minor bleeding may be associated with the loss of a baby tooth which resolves on its own without any particular intervention. It helps to fill in our child from time to time on what actually permanent teeth eruption means and what will happen to them. Calm and prepare are child so they are not taken unawares by the new situation. Try and make them understand how important thorough brushing is. Teach our child the appropriate brushing technique and set them a good example. Parental surveillance is advised when brushing and there is no harm in the child’s teeth being brushed by the parent up until 10 to 12 years of age, at least in the evening. Do not consider this embarrassing, just bear in mind that if left to the child, they will probably lick the tooth paste off or “smudge” it a little rather than brush their teeth with reasonable thoroughness. While our child will pride themselves on having brushed their teeth conscientiously, more likely than not, they will have brushed with a mere 20% efficiency.  L Tell your child why proper dental care is necessary, preferably without daunting them. It may be as well to request an expert’s help to explain the steps of appropriate dental care and also acclimatise your child to the dental environment in the meantime, instilling the necessity of reporting to the dentist’s office and not waiting until there is an emergency. Discoloration and tartar may frequently appear due to overcrowded teeth even in childhood. In this case it may be worthwhile consulting a dentist and combine tartar removal with a playful demonstration of appropriate dental care by giving the child a mirror. Once permanent first molars  have erupted, it is advisable to provide them with a protective filling called a fissure sealant. In the course of the fissure sealing the deep recesses of the molars inaccessible to the toothbrush are cleaned and sealed with a liquid sealant to protect against food remains and sugar. Fissure sealing is a supremely efficient and simple means of tooth decay prevention. Remember to award the brave little patient with a small gift of sorts. It is best to expose our child to a number of positive experiences seeing as a more serious intervention or a filling in the future will be less daunting for them. Our dental hygienists and dentists will be happy to be of assistanceé. 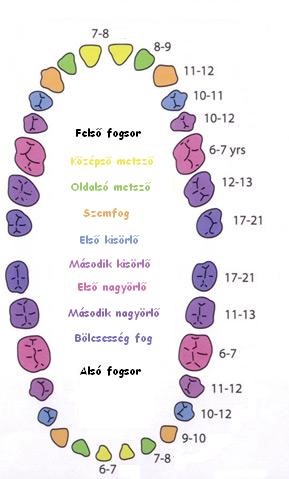